The Death of European Social Democracy?

Across Europe, social democracy is in decline. In the 2017 elections in France and the Netherlands, the socialist and labor parties did so poorly that many question their future existence. In Germany, the once mighty SPD received only 20.5% of the vote—the lowest vote share it has received since the Second World War.  (The last time the party did this poorly was in 1932, when it lost its position as the Weimar Republic’s traditionally strongest party to the Nazis.)

Even if you don’t support the left, this should be cause for concern. Social democratic parties were crucial to rebuilding democracy in Western Europe after 1945. They remain essential to democracy in Europe today.

Even in Scandinavia, considered the world’s social democratic stronghold, long-dominant parties are no longer dominant. Social Democrats are not part of the current Danish government, but the right-wing populist Danish People’s party is.  In Norway, the situation is similar with a Conservative-led government that includes the Progress party.  In Sweden the Social Democrats are in power, but at the head of a minority government, and with their vote share stuck in the mid-to high 20% range.

Even if you don’t support the left, this should be cause for concern. Social democratic parties were crucial to rebuilding democracy in Western Europe after 1945. They remain essential to democracy in Europe today.

During the postwar years these parties performed crucial political functions and occupied a critical ideological niche.

Generally, social democratic parties acknowledged capitalism’s upsides and downsides. In contrast to Communists, center-left parties recognized that markets were the most effective engine for producing economic growth and prosperity. But in contrast to classical liberals and many conservatives, social democrats did not embrace markets wholeheartedly. Instead, social democrats insisted that it was possible — indeed, necessary — for governments to cushion markets’ most destabilizing effects. Capitalism would be kept subservient to the goals of social stability and solidarity, rather than the other way around.

The Swedish SAP of course, epitomized this economic profile, with the institutionalization of “Keynesianism before Keynes,” during the interwar period, active labor-market policies, a universalistic welfare-state, the Rehn-Meidner model and more from the 1930s on.

By the late 20th century, this distinctive and attractive appeal had dissipated. Instead, the left became dominated by two camps.

The first was epitomized by Tony Blair of Britain and Gerhard Schroeder of Germany. These new center-left politicians celebrated the market’s upsides but ignored its downsides. They differed from classical liberals and conservatives in supporting a social safety net to buffer markets’ worst effects, but they didn’t offer a fundamental critique of capitalism or any sense that market forces should be redirected to protect social needs. When the financial crisis hit in the mid-2000s, this attitude impeded their ability to appeal to those who viewed globalization as the cause of their suffering and wanted not merely renewed growth, but also less inequality and instability.

The second camp is an anti-globalization left, represented by Jeremy Corbyn’s Labour Party, Jean-Luc Mélachon’s France Unbowed, Syriza in Greece, The Left party in Germany and Podemos in Spain. This camp takes the market’s downsides seriously but sees few upsides. Lacking a conviction that capitalism can and should be reformed, these parties generally offer an impractical mish-mash of attacks on the wealthy, protectionism, hyped-up welfare spending and high taxes. These policies may appeal to the angry and frustrated, but they turn off voters looking for viable policy and a progressive, rather than utopian, view of the future.

During the postwar decades, social democracy also promoted social solidarity and a sense of shared national purpose so as to avoid the divisions and conflict that undermined European democracy during the late 19th and early 20th centuries. In contrast to Communists’ exclusive focus on class conflict, social democrats built bridges between workers and others. And in contrast to the individualism of classical liberals and many conservatives, the center-left emphasized citizens’ obligations to each other and the government’s duty to promote the good of society. Once again, the Swedish SAP exemplified this profile, with its promotion of the idea of Sweden as Folkhemmet—an ideal stolen from the right—and its explicit outreach to farmers and the middle-class during and after the interwar period.

By the late 20th century, this distinctive and attractive appeal too had dissipated. Some failed to address concerns generated by social and cultural change, either out of lack of understanding or out of a hope that solving economic problems would make them disappear. Others uncritically embraced these changes, promoting both cosmopolitanism and the interests and cultural distinctiveness of minority groups. This camp became associated with the politically deadly idea that strong national identities were anachronistic, even dangerous, and citizens discomforted by their erosion were bigots.

These attitudes fragmented the left’s constituency and made it impossible to rebuild the social solidarity or sense of shared national purpose necessary to support high taxes, large welfare states and activist governments.

But the decline of the center-left has larger implications. Most obviously, it has created a space for a populist right whose commitment to liberalism, and even democracy, is questionable. In many European countries, now including Germany, these parties have become the home of groups that have traditionally supported the center left, like workers and the uneducated, by forthrightly addressing the economic fears generated by globalization as well as those generated by social and cultural change.

The shrinking of the center-left also makes it harder to form majority governments. During the postwar era, European voters were offered some version of center-left or center-right governments, anchored by a party large enough to set an agenda and get policy through Parliament. But as the outcome of the recent German elections makes clear, the center-left’s electoral demise has rendered it unable to form stable, coherent governments — which makes it more difficult to solve problems and leaves voters more frustrated with  democracy.  A similar fate may await Sweden after the next election, with neither the “traditional” left nor right able to form majority governments without including either the Sweden Democrats or the Left party.

If Social Democratic and other center-left parties are unable once again to offer voters solutions to the challenges their countries face, their decline will continue, populism will flourish and democracy will decay.

During the postwar period, European politics was dominated by competition between a center-left and center-right that offered real policy differences but agreed on the basic framework of liberal, capitalist democracy. The decline of the center-left has allowed populists to claim that they now are now the real “alternative.” This was on show in the recent German elections, where the far-right Alternative for Germany party promoted itself as the true “alternative” to the status-quo. Even many Social Democrats acknowledged their party lacked a distinctive and appealing vision of Germany’s future.

If Social Democratic and other center-left parties are unable once again to offer voters solutions to the challenges their countries face, their decline will continue, populism will flourish and democracy will decay. 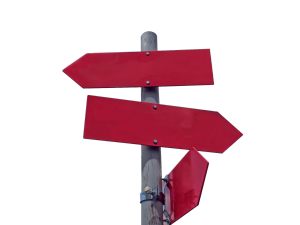 Could Sweden Lead the Way Once Again?

In Sweden, there is some indication that the SAP recognizes the dangers to itself and to European social democracy more generally.  The SAP’s economic profile has always been more distinctive and sensible than that of many of its European counterparts.  It recognizes the futility of fighting economic trends beyond its control, without accepting that these trends mean that governments cannot or should minimize their deleterious consequences on individuals and take whatever steps are necessary to ensure social stability.  Such a view might today be summed up with a line often invoked by SAP politicians: “it is the government’s job to protect workers, not jobs.”

With regard to social and cultural change, here too a re-assessment if not yet a full reorientation may be in the works.  Stefan Löfven has recently made clear that he thinks immigration policy needs to be re-thought, without however giving in to xenophobic tendencies.  Most importantly, as he put it,  “tystnaden i debatten om invandring blev ”en black om foten”. Det misstaget tänker partiet inte upprepa i valrörelsen 2018. Tvärtom är snabbare integration och ordning och reda i migrationspolitiken viktiga valfrågor ihop med lag och ordning och satsningar på välfärden.”

If Löfven and the SAP can translate these ideas into policies that better integrate immigrants into Sweden’s labor market and society, and thereby help assure other Swedish citizens that immigrants do not threaten traditional Swedish values and traditions but rather have the potential to enhance them, he may revitalize his party and help chart a path forward for the European left.

This text has also been translated to Swedish by German Bender. 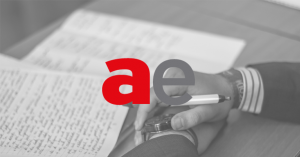 Sheri Berman has written for a wide variety of scholarly and non-scholarly publications, including the New York Times, The Washington Post, Foreign Policy, Foreign Affairs, and Vox. Her most recent book, "Democracy and Dictatorship in Europe: From the Ancien Régime to the Present Day", is forthcoming from Oxford University Press.
Opinion piece

Don’t try this at home